Book deals, a.k.a. how I motivate my sorry butt to get out there and TALK to people 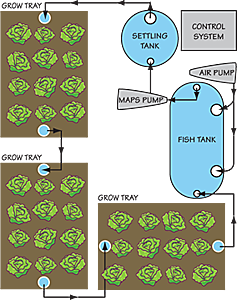 Yessir, I'm totally gonna force the people who make these things to give me a tour of their facilities. Watch me.

You know, I did a ton of research while writing the early drafts of Geeks, Girls and Secret Identities. For example, I read The Government Manual for New Superheroes AND re-watched Dr. Horrible’s Sing-Along Blog! All right, all right, I did more than that – I researched fanboy culture and hero archetypes, and I read up on the history of some old-school DC and Marvel comic books, which brought me back to the wastrel days of my youth. It must be acknowledged, however, that writing books about superpowered guys in spandex, giant robots and the like generally doesn’t require an intense level of scholarly discipline, at least not in my meager experience.

I certainly haven’t done anything on the scale of what fellow EMUs Cynthia Levinson and Jeannie Mobley have done for their respective debuts. My modus operandi thus far has generally been “make a lot of stuff up and pretend like it all hangs together, because who’s gonna bother telling you Captain Stupendous can’t fly? Nobody can fly, so it’s all good!” But I’ve started writing my next book in earnest – I’ve been outlining, of all things – and I think I need to do some honest research on this one. Which is leading me into a very strange train of thought, and one that I’ve never pursued before: maybe I should start, you know, interviewing people and stuff.

I feel a weird new brand of confidence about doing that, and just to pile another degree of weirdness on top of the existing weirdness, that weird new brand of confidence feels weirdly problematic – it’s based on the fact that now I have a book deal, of course. As if strolling into Cityscape Farms or EZ Farms and Fish and demanding a tour will be more acceptable to them because I’m a relatively-soon-to-be-published author. “Oh, you have a book deal? Well then, please allow me to slobber all over your feet…” That’s kind of ridiculous, isn’t it? The slobbering-on-Mike’s-feet scenario, sure, but also the idea that somehow I have to wave some potentially irrelevant set of credentials around in order to ask someone to share their time and expertise with me? This is really one of those moments when I say to myself, “Mike, you are a flipping basket case. Toughen up, buttercup.”

Yep, these are legitimate research tools. And nope, I have no hipster credibility to endanger by using this photo. so don't cry for me, Argentina.

I think I’ll practice a little self-forgiveness and run with it, though – if landing a book deal is what I need to feel confident enough to go interview people about stuff, well, so be it. Aquaponics just might play a pivotal role in my current work-in-progress, and we’re supposed to push ourselves to grow as writers with each new project, right? Role-playing games also play a pivotal role, so maybe I’ll also find some D&D people to chat up. Or maybe I’ll just pester Jim Hill about it, we have some common ground in that area.

So yeah, I’m gonna set up a tour of an aquaponics facility of some kind, and maybe drop in on Dr. Comics and Mr. Games and hit them up for some gaming leads. This is not to say that I’ll stop doing the usual goofing off that passes for at-home desktop research, because that stuff still matters, and is still fun. And of course my minty new resolve to do research out there in the big bad real world, which is full of scary real people, has the same pitfall as online research, which is the impulse to do research UNTIL THE END OF TIMETIMeTImeTimetime…so, yeah, gotta try not to do that. But hey, the opportunity to engage in creative growth, professional growth and personal growth all at once is great, right? And if you can also talk about the possibilities for using an aquaponics setup to grow tilapia that are secretly building up intense deposits of interdimensional energy in their flesh that will endow their dimension-hopping owners with outlandish abilit–oh, but hey, that’s a topic for another time…

11 responses to “Book deals, a.k.a. how I motivate my sorry butt to get out there and TALK to people”