“Based on True Events”

In Carol Brendler’s wonderful introductory post on Monday (welcome, Carol!), she talked about writing “a story that hangs upon a true event in history.” That line jogged my brain about something that I’ve actually been thinking about for a while: the often surprising role that truth plays in fiction. 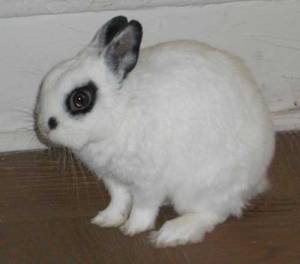 Portrait of the Artist as a Young Rabbit: The True Edward Hopper

For example, when they hear what my novel is about, many people assume that my heroine Gladys is just a thinly veiled version of me at 11. “You must have been cooking up a storm at that age!” they say. They’re always disappointed to learn that that aspect of the book is completely made up; that I never even boiled a pot of water until I was in my 20’s.

But the parts that are based on reality? No one would ever guess which ones those are.

A few months ago, my husband and I were walking around my hometown when we came upon the spot where the day camp used to be. It’s now a parking lot for a Super Stop & Shop (cue the violins), but back in the day it was owned by a local family. A family with a pretty daughter who was probably the most popular girl at my high school.

Funnily enough, the most popular girl at Gladys’s school also comes from the family that owns the day camp in their town.

“So, wait,” my husband interrupted as I was explaining the Stop & Shop lot’s storied past, “Camp Bentley in your book is based on a real place??” He had read at least three drafts, and had no idea.

There are plenty of other examples, of course, on both sides. The quirkily-named rabbits, Edward and Dennis Hopper? 100% true (I owned both of those rabbits!). Gladys’s totally prosaic aversion to walnuts? 100% fiction.

Now that I’ve gone at it from the writer’s side, I find myself wondering which bits of my favorite novels have a basis in reality, and which are total flights of fancy from the authors’ imaginations. I’m sure that I’d be surprised to learn the answers. Unfortunately, I don’t have a time-travel machine to go grill Jane Austen, and I don’t like to bother my BFF J.K. Rowling with too much shop talk when we hang out…

So instead, my fellow writers, I turn to you! What’s a scene or aspect of your book no one would ever guess was based on reality? And what tidbit would your readers be surprised to learn is truly 100% fiction?

25 responses to ““Based on True Events””