Are you good at coming up with titles? Because I am not. My first work of substantial length, written at age 10, I titled THE TRIUMPH OF OATMEAL. What the hell does that even mean? Was there oatmeal in the story? Was it sentient? All I remember is a scene with kids going to the ice cream parlor after school. You know what they don’t serve at the ice cream parlor? 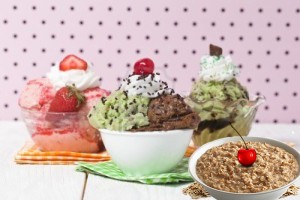 Hint: It rhymes with “goatpeel.”

My first play, written at age 13, took place entirely on a stopped elevator, and it was called BETWEEN FLOORS. That’s an awesome title, right? Yeah, I didn’t come up with it. My smart friend Susan did.

Of course, when I became a Real Writer, titles should have become a piece of cake. After all, they totally include a new Title Generator Lobe in your official Writer’s Home Brain Enhancement Kit.

Just kidding. They totally don’t. I’ve actually never performed brain surgery on myself. I’m stuck with the same crappy neurons I was born with, minus a few dozen or thousand. 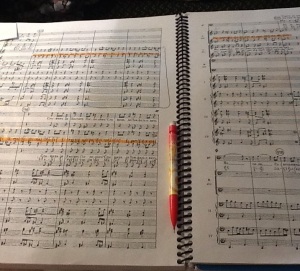 Mostly because of Stravinsky.

Titling is just not in my blood. Not that that’s the end of the world. I mean, at least I’m not in charge of titling other people’s books. 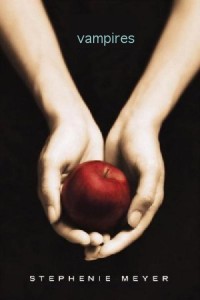 Admit it. This one’s better.

So the title of my debut novel is up in the air right now. My original wasn’t grabby enough, so other people have come up with something else. (It’s about a girl at a music academy, and a magical space cougar who rips people’s throats out and/or grants wishes. And opera. How about: MURDER CAT AND CLASSICAL MUSIC GIRL?)

I think this re-titling happens more than I would have guessed. And accounts for the fact that I keep buying the same Frances Hardinge novels thinking they’re different novels because the titles have changed. Maybe title brains are different from prose brains, I don’t know.

What are your favorite titles?

Filed under Editing and Revising, Helpful or Otherwise, Satisfaction, Writing, Writing and Life