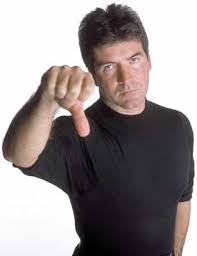 Whether or not we are the mean-spirited type, we judge other people. We judge music. We judge food. We judge books. We either deem them worthy of our praise, or deserving of our scorn. Sometimes we just give our targets a “meh” and move on.

This topic has been discussed a few times here on EMU’s Debuts lately, which has led me to think more and more about it, especially as the launch of my first novel approaches. But a recent experience helped me view the compulsion to not only notice, but share what one considers a shortcoming, from a different angle . . . one that doesn’t involve the book that I spent several years writing.

It involves my new home instead.

Two and a half years ago I sat down with a piece of paper and sketched out what I envisioned as my dream home, inside and out. Everything I’ve ever wanted. Then I took it to an architect, and over the next 18 months, we pared and pruned, designed and redesigned. It was a very long process and involved much more work than I ever could’ve imagined (much like writing a novel, and getting it published!)

Then a hole was dug. A foundation was poured. Walls were built. I began to see my paper dream house become an actual home. It was beautiful (OMG! Look at what I’ve done!) and also scary (OMG! What have I done?). It was an exciting, exhausting, stressful (!!!!) twelve months of building. I was there nearly every day for several hours, micro-managing every detail so it was truly built exactly the way I wanted it to be.

And FINALLY, it was finished, and it was decorated with everything that my family loved. It was perfect for us. We practically skipped through the halls.

And then, my friends, we opened it up—as we had promised our builder and subcontractors that we would do—to the Parade of Homes, wherein close to 20,000 people walked through every room with little blue booties over their shoes.

All 27 homes in the parade received written reviews from attendees. Most, as is common with books, were positive. But about 10 – 20% of the reviewers were negative, even scathing. This is what I found interesting though: almost every single house received both praise and scorn for the very same feature. Here are some actual, verbatim, examples:

Reviewer 1: How many different materials can be crammed into a room? Busy, busy, busy. Less is more, more is unappealing.

Reviewer 2: I have never seen a house done so beautifully! Make sure you have enough time to really take in every inch of it . . . every detail is spot on.

Reviewer 1: This house is one of a kind, hands down the best house I have ever been in! Aaaaaammmmmaaaaazzziiiiiinnnnngggg.

Reviewer 2: I was underwhelmed . . . disappointed on all levels.

Reviewer 1: The theater was so bad with sheared fabric on the walls — really!?!?!

Reviewer 2: One of the nicest home theaters I’ve ever seen!

In no particular order, these are the homes discussed above: 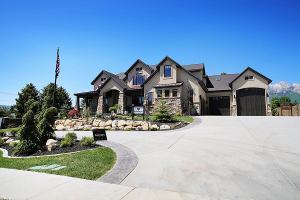 Do any of these homes look “Gross . . . . Seriously gross” to you? In my opinion, all of them are gorgeous, and certainly what many would consider a “dream home.”

But people have their own likes and dislikes, for reasons that even they can’t always explain. To argue with them is pointless.

I don’t like fish. I just don’t. I don’t like the way it smells, or the way it tastes or feels in my mouth. Friends, and especially my husband, have often told me, “But THIS fish is so mild. It melts on your tongue! Here, you have to try it!” And so I do, and *cue gag reflex* . . . nope. There is nothing anyone can do to MAKE me enjoy the taste of any fish. Ever. (I do not like fish here or there. I do not like it ANYwhere!)

As an author, it’s absolutely, positively, IMPOSSIBLE to write a book that every reader will like. It will never happen in the history of the world. I personally feel that Harry Potter is the best book series that has ever been written. It melts my soul with its goodness. I’ve read it over and over and over again, and I laugh and cry in all the same places (and additional ones as well). But online, that series has tens of thousands of one-star reviews. Some people hate it with a passion beyond reason, as though it was written by the devil himself (or in this case, herself).

How can our feelings toward the very same books be such polar opposites? But isn’t that the case with almost anything? Books, music, movies, art, food . . . homes? Everything is subjective, and its value always depends on the eye of the beholder.

I’m saying all of this now because once NOT IN THE SCRIPT hits shelves in October, it will be open to the judgment of the world, and it’s always a bad idea for an author to argue (or even explain particular choices) with his or her critics. So this is my one chance to say: “I invited you into my heart, poured my soul out to you, shared my idea of romance and true love and humor, and if you don’t feel it’s good enough, you’re perfectly free to put the book down, unfinished.”

There was a point during the Parade of Homes—when I was fluffing pillows and such—that a woman looked over the entertainment area in our basement and said, “They don’t even have a pool table! A home like this SHOULD have a pool table.”

It wouldn’t have been appropriate for me to approach her and explain why we didn’t get a pool table, but an unexpected thing happened at that moment. I laughed out loud. Totally laughed. Like, all day long. Because it reminded me of the way book reviewers sometimes trash an entire book because the story doesn’t end how they think it should’ve ended. Would this lady have otherwise been super pleased with my basement if we’d had that one missing element? I doubt it. We already have a LOT of cool stuff down there. Among other features: an indoor sports court, a Harry Potter themed theater with signed props and memorabilia from the movies, an arcade, a Beatles themed music room, a ping pong table, and a four-person air hockey table. Not even this was enough to earn her approval.

The space in question: a pool table we would rarely use, or a 4-person, tournament-style air hockey table?

These are the snarky types of replies authors often want to give to critics of their work. And it will definitely be difficult for me to resist doing so. There will probably even be times when a review makes me cry and I will wish I’d never even written the book. It’s going to be tough. I’ll have to develop some thick skin. Most authors I know refuse to read their reviews. They cause too much doubt, I’m told. They mess with your writing mojo. They make you feel horrible about yourself. That’s very sad.

So to all you writers out there pouring your hearts out and giving the world a glimpse of your very soul, THANK YOU FOR SHARING! I don’t care if you don’t have a pool table in your book, or in your basement, or anywhere at all! I love that your stories are exactly how they feel right to YOU!

Amy (who doesn’t like fish, but that’s okay! You can eat as much of it as you want to!)

Amy Finnegan writes her own stories because she enjoys falling in love over and over again, and thinks everyone deserves a happy ending. She likes to travel the world—usually to locations where her favorite books take place—and owes her unquenchable thirst for reading to Jane Austen and J.K. Rowling. Her debut novel, NOT IN THE SCRIPT, came about after hearing several years of behind-the-scenes stories from her industry veteran brother. She’s also been lucky enough to visit dozens of film sets and sit in on major productions such as Parks and Recreation and Parenthood. You can follow Amy on Twitter @ajfinnegan, or Facebook (Amy Finnegan, Author).

15 responses to “EVERYONE’S A CRITIC”