What would YOU feed a hungry dragon? 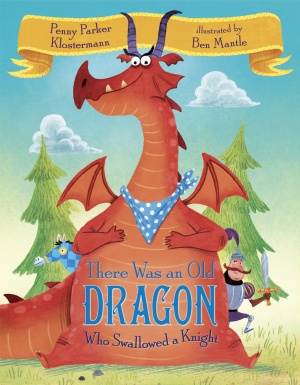 I asked my fellow Emus what they would offer a hungry dragon to convince it to eat that instead of them. And, let me tell you, if we Emus were all together in a mob, it would be a mighty fine feast indeed! (For added fun, try to spot the new Emus who will soon be joining the flock!) 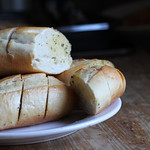 Luke Reynolds would offer the dragon a full loaf of garlic bread, with extra butter melted and nuzzled within the rich, warm doughiness. The dragon would certainly have no choice but to remember how deeply satisfying melted butter is, and the soft dough would be so much more amazing than a crunchy, yucky human being!

Darcey Rosenblatt would try not only to save herself but further humankind, so she would offer a recipe for yummy roasted vegetables and engage her dragon friend in the cooking process. Never heard of a vegan dragon? Darcey is sure it happens!

I myself (Laurie Ann Thompson) would offer up some steaming crab macaroni & cheese. I just hope that old dragon knows how to share!

We have quite a few main courses for Dragon to choose from: 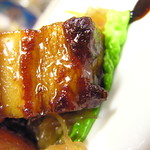 One of the most delicious things Megan Morrison has ever eaten is pork belly with crispy crackling skin. She was at Beppe in New York and asked the waiter for a recommendation. It sounded so gross, but oh. It was not. It was bacon on crack. She and her husband still talk about it with reverence. Surely a big slab of pork belly would be far tastier than Megan!

Jennifer Chambliss Bertman would serve the dragon the largest turkey she could find with a side of stuffing and an extra dose of tryptophan in hopes that he’d fall asleep.

Carole Gerber did her research first: Komodo dragons–the kind in zoos–eat deer, according to the fact sheet she read. The dragon first knocks the deer off its feet before killing and eating it. Carole would distract the dragon with a heap of deer toenails to confuse him as she made a quick getaway.

Jason Gallaher would offer this hungry dragon a nice rare steak. Not only would it serve as a talking point about something they have in common (Jason likes his steak mooing), but the slab of meat would really save this guy a lot of trouble. He can still get his craving for meat satiated, but he doesn’t have to worry about chewing through all Jason’s clothes, his shoes, the change in his pockets, etc. Plus, deodorant. Jason applies deodorant regularly, and who in their right carnivorous mind would want to eat a creature that just lathered himself in Old Spice? Not Jason, that’s for sure.

Adam Shaughnessy would try to distract the dragon with guinea pig. Not because it’s particularly delicious (it’s fine), but because it might alleviate his guilt to share it. Adam had guinea pig while he was in Peru. It’s good to try new foods when traveling, but when he came back to the elementary school where he was working, a colleague shared Adam’s tasting adventures with a kindergarten teacher—without thinking about the fact that the teacher’s entire class was lined up behind her. They walked past Adam with looks of horror and an obvious terror that he was coming for Mr. Whiskers, their classroom pet, next. 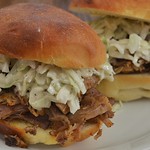 One of Debbi Michiko Florence‘s favorite meals her husband makes is pulled pork–North Carolina style (vinegar-based). She would offer the dragon a giant plateful of pulled pork sandwiches piled with her husband’s cole slaw, because even a carnivorous dragon needs his greens!

Indian food is Christine Olson Hayes‘ first choice whenever they go out to eat. So many amazing flavors and textures! She’s pretty wimpy and usually orders things on the mild side, but she’s sure the dragon would appreciate a nice Indian curry, super extra hot and spicy!

And, of course, we mustn’t forget dessert! 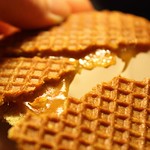 Mylisa Larsen would offer up stroopwafels! They’re these lovely thin waffle cookies sandwiching a layer of caramel. Best eaten warm. When her husband travels to the Netherlands, their children greet his return not with “hello” or “so glad you’re back” but with “Did you bring stroopwafels?” For Mylisa’s sake, she’d be hoping the dragon felt the same enthusiasm.

To make a hasty escape, Maria Gianferrari would douse the dragon with honey so he’d be in sticky straits. Or if he were in a friendlier mood, she’d serve him some goat cheese since it tastes so delicious when baked. 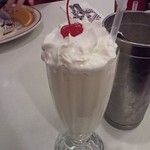 Hayley Barrett imagines something simple and refreshing… Something to cool a scorched palate…. Something to tame the fire in the belly…. She’s got it! A double-thick vanilla milkshake! Slurp!

If there was a dragon alert, Donna Janell Bowman would make a marshmallow vest with giant chocolate buttons and dragon fruit all over it, then she would trick the meanest bully into thinking it had invisibility powers. When the bully snatched it from her and put it on, she would say, “don’t you dare touch my super powers milkshake!” and, “Hey, back off from that graham cracker wand. Or else!”  Of course the bully would steal it, without realizing that she had lured him into the dragon’s lair. Gulp! And she wouldn’t feel guilty at all because mean bullies are not “nice humans.” Two problems solved. 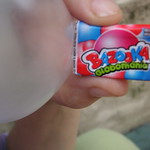 If Elly Swartz were in danger of being eaten by a dragon, she would offer the dragon a tub of Bazooka bubble gum to ensure her safety. You see, not only would Sir Dragon find Bazooka gum sugary and delicious, but he’d also surely want to learn how to blow a bubble. And Elly would need all of her body parts to teach him. So, she would, of course, offer to teach him how to blow a bubble, saving herself and all her body parts in the process! 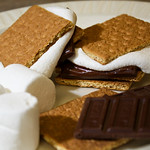 Janet Fox knows just what she’d give our hungry dragon: S’Mores! Sweet and tasty and so easy for a dragon to cook in an instant. Plus…chocolate. Did you hear her, Dragon? Chocolate!

Rebecca Van Slyke thinks dragons would prefer ice cream to a tough teacher like her! (Probably chocolate ice cream, but maybe a nice raspberry ripple.) Besides, if he DOES eat the ice cream, it would put out his “internal combustion” and she could get away! 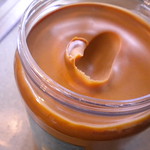 Tamara Smith‘s great idea is peanut butter, of course! Have you seen dogs eating peanut butter? Their jaws get glued together and they make that slurpy, smacking sound as they try–for just enough time for, say, a person to get away–to open their mouths. Tam would definitely give the dragon peanut butter. Plus, it’s the most perfect food on the planet!

For her part, Penny is glad her dragon didn’t encounter the Emus Debuts before he encountered the kingdom… His story would be one of frustration instead of gluttony! And the meter would be all screwed up… 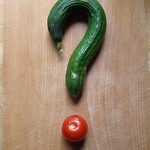 So, how about YOU: What would you offer a hungry dragon to entice him to eat it instead of you?

Comment on any post this week for a chance to win your very own SIGNED copy of There Was an Old Dragon Who Swallowed a Knight!

Or buy a copy right away. You can find one at YOUR local indie bookstore here: Indiebound

Or, you can order online through Barnes and Noble, Amazon, Books-A-Million, or Powell’s.

For personalized signed copies of There Was an Old Dragon, you can order fromTexas Star Trading Co. and give your dedication details in the Gift Message box. You can also contact them by email at texasstartradingco@sbcglobal.net or call  (325) 672-9696.

11 responses to “What would YOU feed a hungry dragon?”