Look what I got in the mail the other day! My signed contract for THE NIAN MONSTER! I was so excited that I hugged it. But not too hard, because that might crinkle the pages. If you look closely, you’ll see that the contract was issued last August – 7 months ago. And that was nearly 7 months after receiving the offer to buy my story. 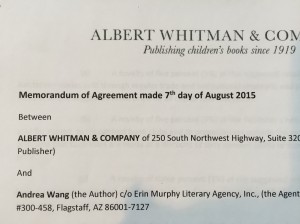 I found out that this is not at all unusual in the publishing industry. It’s still hard to get used to, though. When I worked as an environmental consultant, we never did any work unless we had a signed contract from the client. Sometimes, we even asked for a retainer — payment in advance! But over the past year, I have done a lot of work on the book — all without a signed contract. It didn’t make me feel better to read this line at the bottom of the offer letter: “Please note that this offer is subject to contract and in no way does this offer represent a binding agreement.”

And that got me thinking about trust. From the very beginning, when it was just me and the blank page, there had to be trust. I love what Neil Gaiman says about this part of the process: 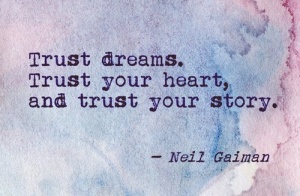 After the story was written (and re-written many, many times) and an offer had finally been accepted, there was still no guarantee that there would be a book at the end of the tunnel. I had to trust that my editor and art director shared my vision of the book. I had to trust that my illustrator would bring my words to life and add a layer of emotion and richness that I couldn’t. I had to trust that people were working on my book when I wasn’t there to watch. It was hard. I’d never met any of these people in real life; I hadn’t even spoken to them on the phone. Communication was done over email. I’m sure I could have called, but I didn’t want to hover — I was afraid that if I made any demands, the offer would just vanish into the ether. So I just took a deep breath and chose to believe in them. 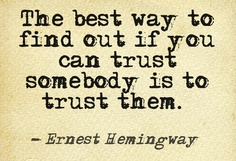 I realized that although it felt like I had lost control, I really hadn’t. My editor had to learn to trust me, too. And I could do something about that. I listened to her feedback on my manuscript. I revised to the best of my ability. When she asked for information on the landmarks and the monster himself, I researched for days and produced what felt like reams of photos and data. And strangely, the more work I did, the more comfortable I felt with the situation, despite the lack of a “binding agreement.” The fact that my editor and the art director were asking for more information proved that they were working on my book. Just like when I was writing the story, I had to trust the process — but this time, it was the process of publication. My editor, art director, illustrator and I ultimately had the same vision: a beautiful book butterfly emerging from its publishing house cocoon. 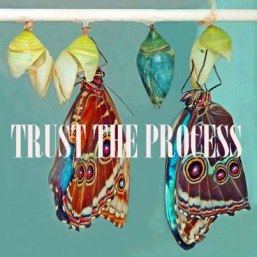 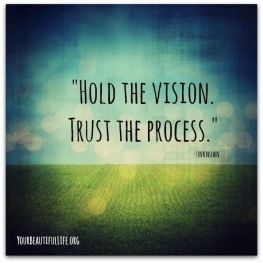 I know that the path to publication isn’t always smooth; I’ve had it easy in comparison to some. But even when the road is bumpy or full of detours, trust is involved. Trust in yourself and your story. You will both be fine. 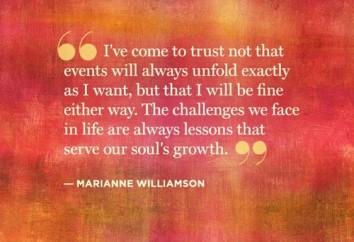 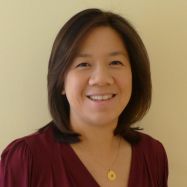 Andrea Wang’s debut picture book, The Nian Monster, is a Chinese New Year folktale retelling set in modern-day Shanghai. The Nian Monster will be published by Albert Whitman & Co. in December 2016. She has also written seven nonfiction books for the educational market.

Andrea spent most of her first grade year reading under the teacher’s desk, barricaded by tall stacks of books. At home, she dragged books, chocolate chips, and the cat into her closet to read. Not much has changed since then, except now she reads and writes sitting in a comfy chair in a sunny room. With a lock on the door. Before embarking on the writer’s journey, Andrea was an environmental consultant, helping to clean up hazardous waste sites. She lives in a wooded suburb of Boston with her very understanding husband, two inspiring sons, and a plump dumpling of a rescue dog.

You can find Andrea online at http://www.andreaywang.com and on Twitter under @AndreaYWang. What’s the “Y” stand for? Take a guess!